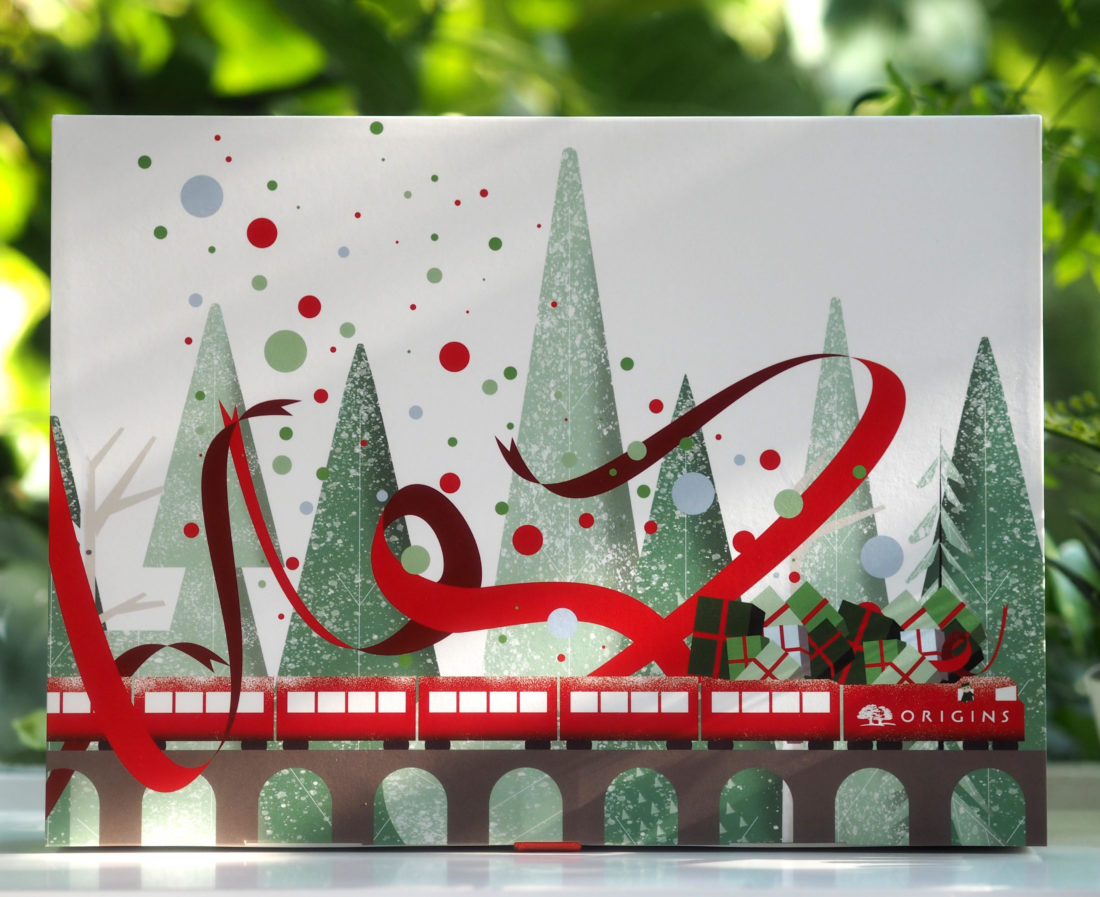 [unpaid/sample/affiliate/ad] Yes, here we are again. This is the advent that sold out in three days flat last year and it’s proving to be one of my favourites. Firstly, it’s 12 days and I think in these beauty overload times 12 days seems somehow more reined in and secondly, everything in it is really useful! It doesn’t launch until 15th October which is stylishly late compared to everyone else so far but wanted to feature it so you can decide if you want it over other earlier launches. I’ll try and do a reminder on Instagram but you can sign up to be notified HERE.

It’s a mostly skin care in a mix of 30ml and 15ml sizes and as you’d expect, since it’s such a strong point of this brand, there are several masks. You’ve got the complete kit – cleanser, moisturiser and mask – a couple of times over and more besides. Anyone who loves the Origins Ginger range won’t be disappointed because of course it makes an appearance!

I think it’s cute (embarrassed to say I thought it was a series of London buses until I belatedly spotted the train driver!) – fun without being flashy and completely non-denominational. It’s £60 with a value of over £90. In case you are in an Origins mood already, there are some extremely good value sets over on their site at the moment the Radiance Boosting Essentials Kit caught my eye – it’s £40 instead of £56 HERE, and I feel sure they’ll be gone as soon as festive shopping kicks in. Non-affiliate HERE.