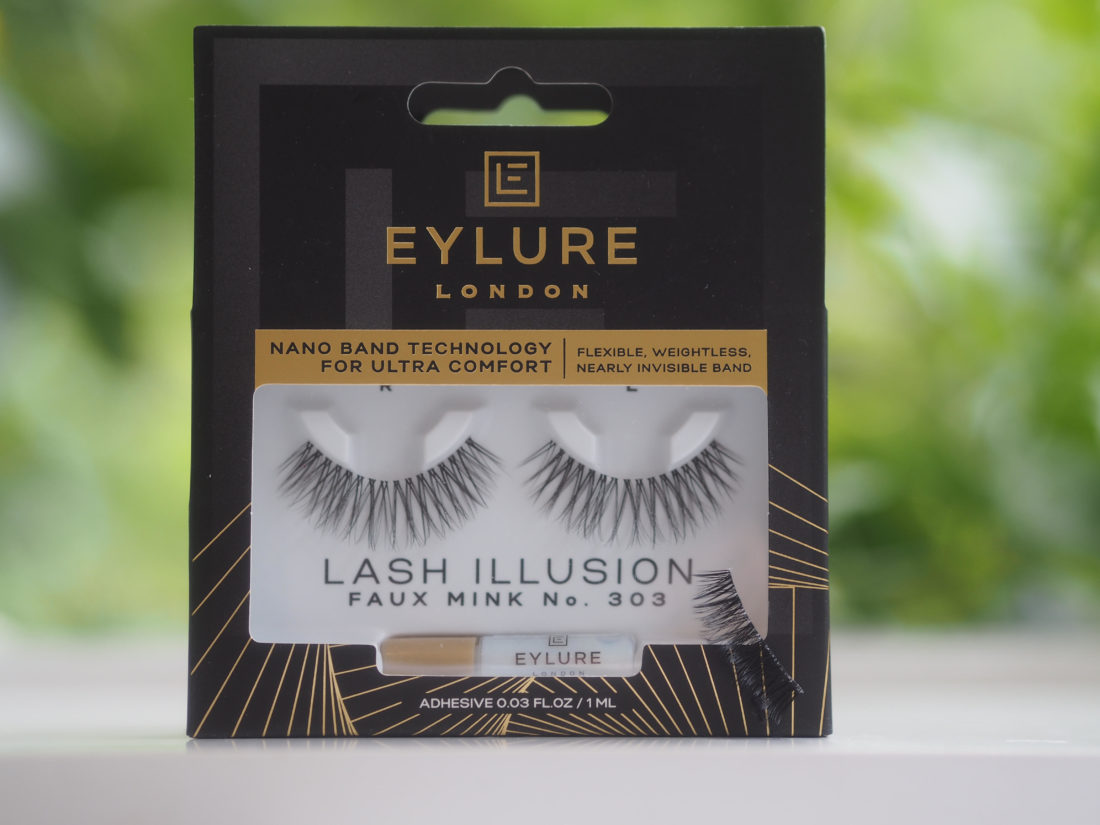 Lashes have come such a long way – I suspect that some readers will have no idea of the unreliable glue, the stiff fibres and the chunky bands of false lashes from not even so long ago. But, things have changed. Now we have wispy things that look indistinguishable from our own, easy application and glue that (on the whole) stays put.

The new Lash Illusion nano band lashes from Eylure almost dispense entirely with a band meaning that they fit seamlessly against your natural lash line – they don’t quite replace my home extension Lashify Kit (HERE) which is awesome but I don’t use all that often but they come close enough and of course are far less expensive to be a good alternative option.

Eylure produces C-Lash which has an invisible band and is for people who have no lashes to rest false lashes against so they’re not replacing those – even with this nano band, you’d still need a lash fringe as reinforcement otherwise the architecture doesn’t work. Even though I am useless with false lashes and rarely delve in, I’m interested in them because they are so popular they’ve affected mascara sales and are standard wear for so many. They are Ł9.95 a pair so fingers crossed you don’t lose one but Boots has a buy-one-get-one-half-price offer at the moment HERE. I know that many keep a ‘lash wardrobe’ and wonder why nobody has, as yet, in invented an actual lash wardrobe to keep them in. Non affiliate is HERE.